Is this the perfect sail configuration for short-handed cruising as a couple or even for the single-handed sailor? If I had to choose only three sails, I can get by with these on my 37-foot, masthead cruising sloop: Mainsail, Jib and Code Zero. And maybe add a storm jib, just in case.

Let me explain a bit more in a minute. In the meantime, think back. The not-anymore-so-young among us may well remember the cruising and racing boats of the splendid era of the IOR, the “International Offshore Rule”, as it was called. 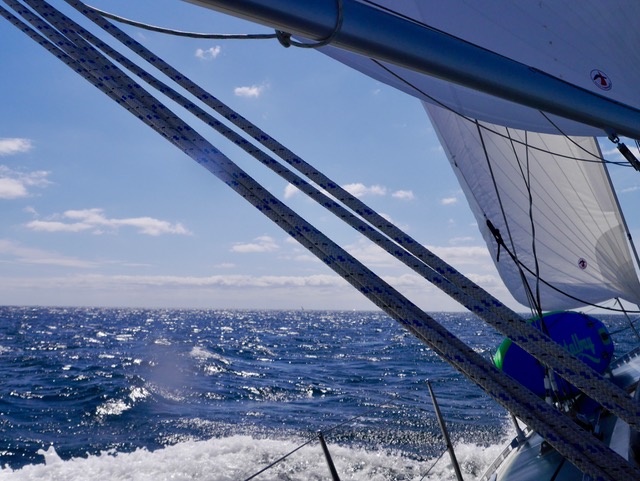 The perfect working sail area in a breeze: Mainsail and 110% Jib.

This rule had been devised as a system of rating different yachts so that they could race against each other, with a time allowance according to their rating. In the early years the IOR produced some beautiful, fast and seaworthy craft, many of which are today regarded as classics. However, they had one common flaw: Genoas. Foresails with huge expanses of sail area, far overlapping the mast and a real effort to wind in after each tack. Short tacking was good exercise for aspiring body-builders and racing crews, mainly a gang of strong young men, reflected this.

However, many if not most production family and cruising boats of that era were developed from successful racing prototypes and so sported much the same type of rig: A huge Genoa, which now became a real handful, if not too much, to winch in for the family crew or cruising couple. And when the wind piped up, these huge sails were – and often are – reefed by being partly rolled up on their furling gear. Which results in a sail that is badly out of shape, baggy, often also with the wrong sheeting angle and which, as a result, creates more heel and drag than drive. 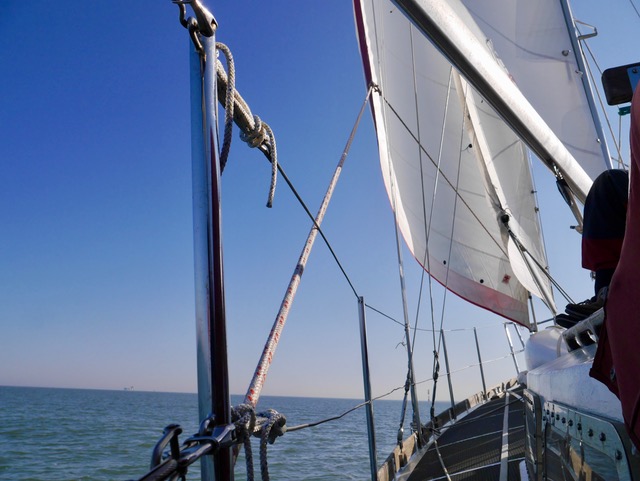 A cutter rig - is this really the ideal?

What are the options for a cruising boat? A cutter rig is popular, mainly among ocean-going blue water cruising folk. This divides the headsail area into two more manageable sails and gives more flexibility. If the wind increases, the “Yankee”, as the forward and larger of the two cutter-rig headsails is often called, can simply be rolled away and the boat can sail on under main and cutter jib only.

But consider this rig for the more confined waters inshore, or even when coastal cruising. Tacking a cutter rig is at least as much effort, if not more, than it is to tack a large, overlapping Genoa. The Yankee is a big sail, and the slot between forestay and cutter stay is not very wide.

Meaning: It has to be winched awkwardly around the front of the cutter stay. Plus you also must tend to the cutter jib, at least as long as this is not self-tacking. But when sailing close hauled or tacking upwind, a single, large sail like the Genoa is much more effective than the split sail plan of the cutter rig. Which works fine when on a longer passage, but not so well inshore.

So, back to square one. What is the other option? A smaller, tall “blade jib”, which only just overlaps the mast to accelerate the flow over the mainsail. But which is so much easier to tack. A jib like this is very effective upwind, even in not so strong a breeze. However, once the boat bears off and the wind becomes freer, this jib becomes less and less effective. And this is when the Coce Zero comes in. This sail can be set on its own furler on a short bowsprit just in front of the forestay. As you bear off, you can simply roll in the jib and unfurl the Code Zero – and off she goes! 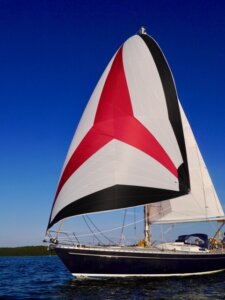 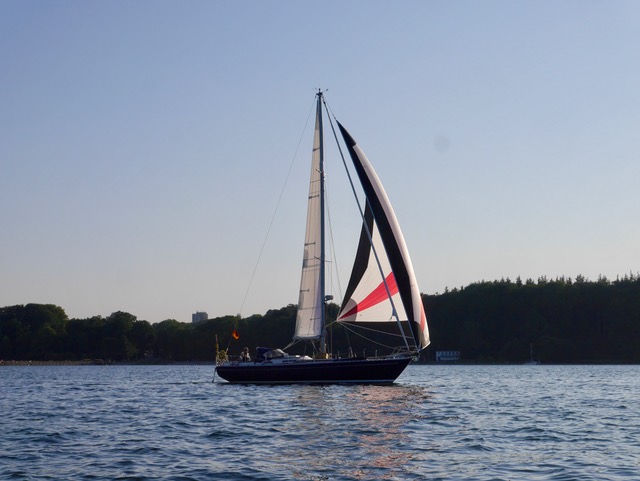 Ghosting along under Main and Code C

Rolly Tasker Sails have developed the “Code C” sail for exactly this purpose. The C stands for cruising and this sail is incredibly versatile, it can be sailed from 65 to 135 degrees wind angle. And even lower, directly downwind, as it can also be poled out like a genoa, only with correspondingly more power. Nevertheless, I can still this sail from the cockpit on my own.

In combination with a strong mainsail with two or three deep reefs and the 110-percent jib, I have a really great sail plan that is good for all courses and wind strengths. And, above all, for easy sailing. Even if it means gybing downwind instead of running at 180 degrees. Gybing with the Code sail is very easy. Simply furl in the sail, gybe the main, and unfurl the Code again on the new tack. Child’s play, really.

This is the new sail set up on my boat, which used to be sailed with a large Genoa and a traditional spinnaker. Great if you have an experienced and strong crew on board. Not so, if you are sailing just with your partner, maybe your kids or even alone.