She is a rare and distinguished sight, even in a yachting place such as Sag Harbor, Long Island. The beautiful black Schooner “Lelanta” was designed by the famous John Alden and built in Amsterdam, Netherlands, in 1930. She is 65 feet on deck and 77 feet including spars. She carries a lot of sails and she is normally sailed by only two: Howard and Keli, who run this remarkable ship as a day-sailing charter operation during summertime. For the winters, however, they usually sail south, cruising to and in the Bahamas and Caribbean. 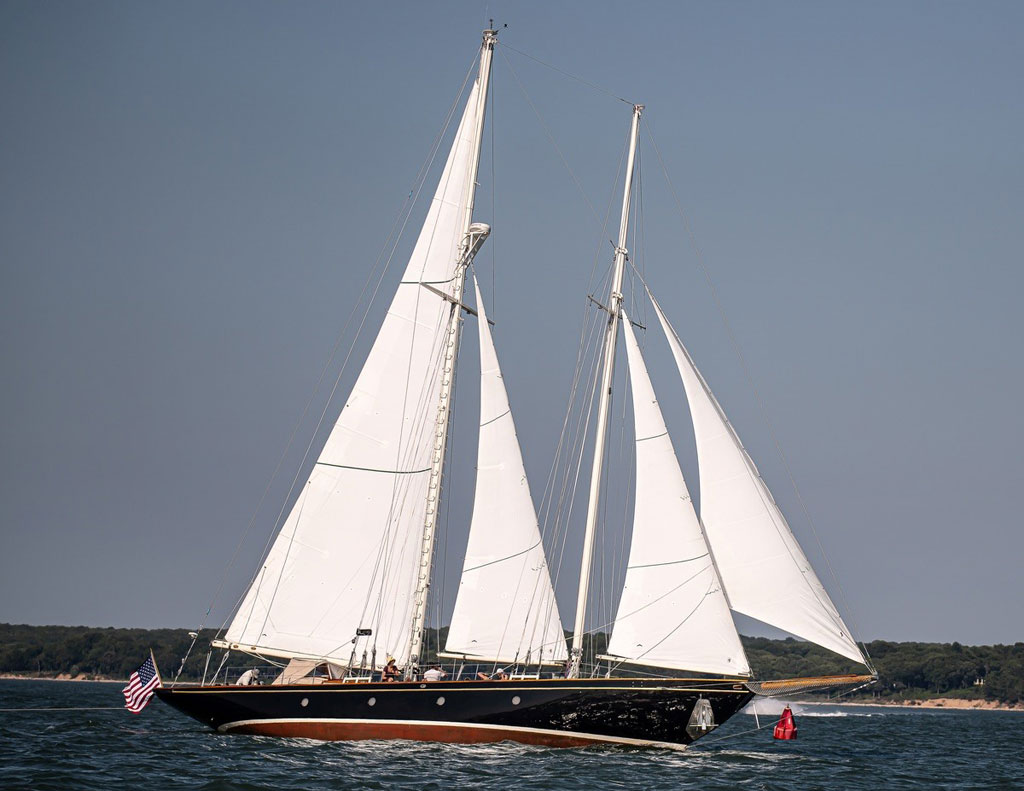 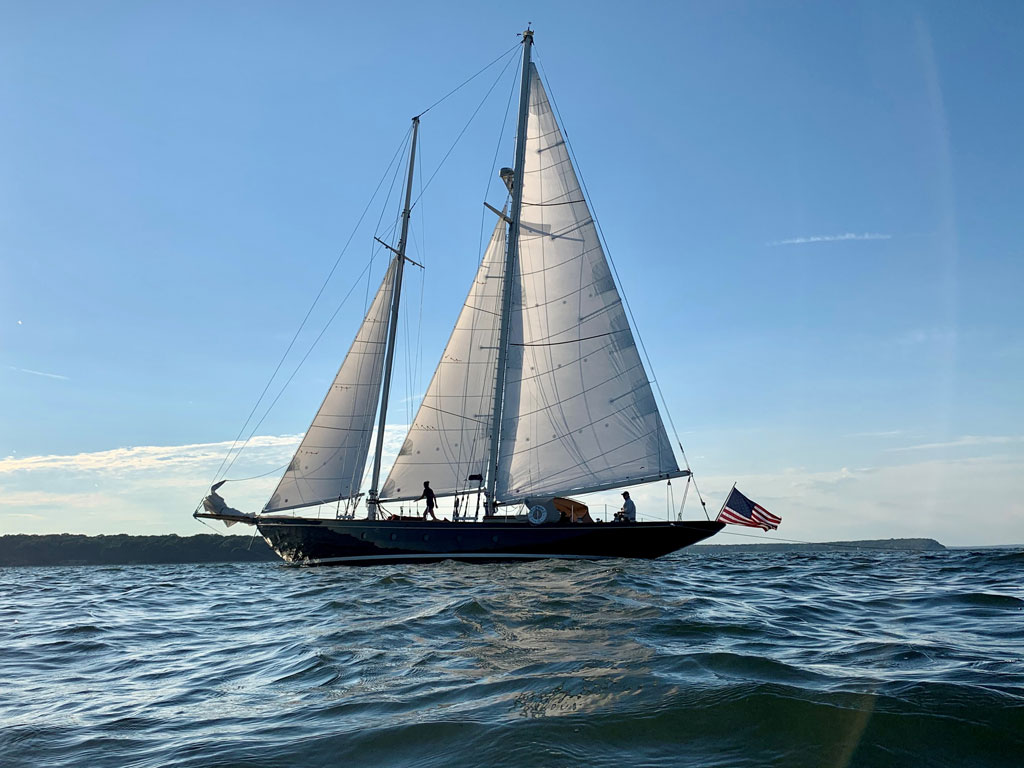 With her elegant lines, “Lelanta” proudly shows off her fine ancestry. John Alden, “Gale” by middle name, was one of the most prolific American designers of his time. He was known for extreme pretty, but also seaworthy boats that could also be sailed short-handed. Which is precisely what Howard and Keli are, of course, doing: “We chose a schooner, because a schooner rig rewards you for sailing at the most desirable wind angles. The versatility of the sail plan through all variety of conditions is unmatched, which also makes them a good choice for shorthanded sailing.”

“Lelanta” is rigged as as a staysail schooner. The sail plan includes a mainsail, main staysail, 3 fisherman sails, a “gollywobbler”, staysail, working jib, top jib, and a Code C. All these were recently made and delivered by Rolly Tasker Sails. “Aboard Lelanta”, says Howard, “we like to stick to the basics.  We were looking for well built, durable working sails. The quality and construction of Rolly Tasker Sails met and exceeded our expectations.” And there was at least one further consideration of importance to Keli and Howard: “Rolly Taskers had us convinced that the value was there for quality, well-made sails. We also liked the flexibility of the do it yourself process. One takes the sail measurements on board wherever you happen to be, and take delivery of the sails wherever you happen to be then!” 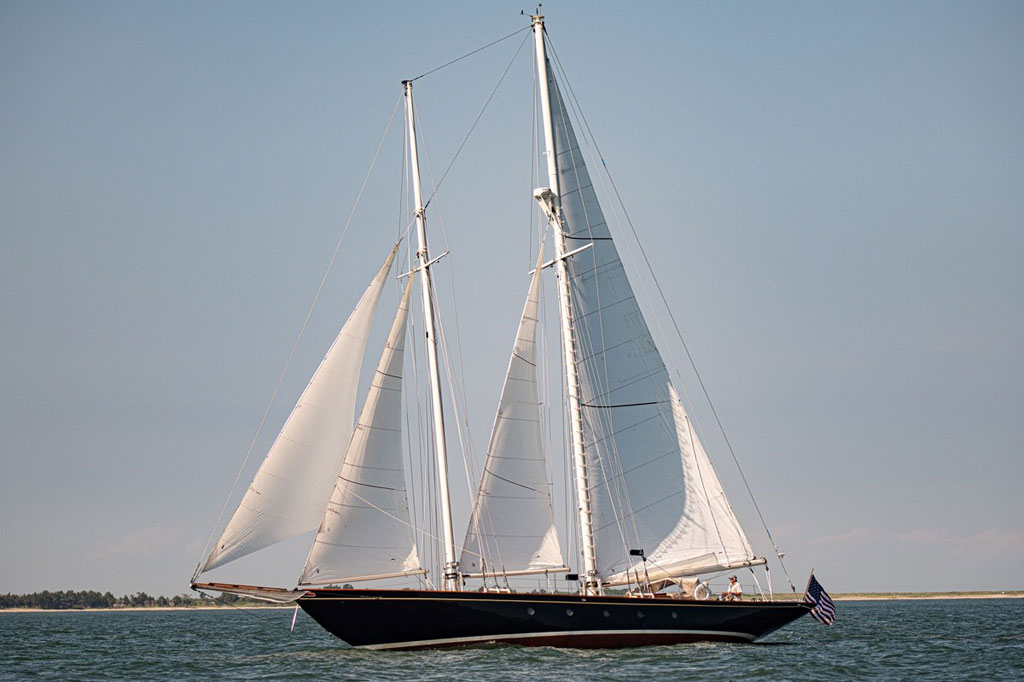 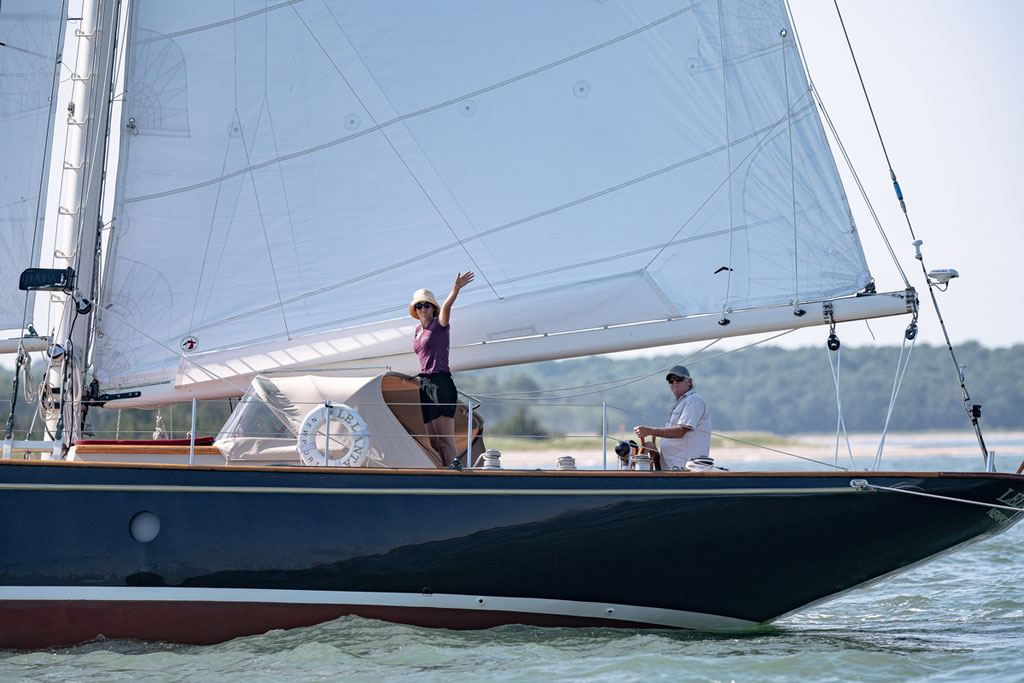 Howard has been a full-time mariner for over 40 years. His experience ranges from cruising on a Rhodes 33 to commercial fishing in the Bering Sea. The first boat that he owned was a 1930, 65-foot John Alden Yawl, hull number 441, called “Zorba”. In a way, he has now come full circle with “Lelanta”, after all his years in various and some most demanding, professional marine jobs.

Keli started sailing in 2010 aboard a 65-foot Sparkman & Stephens schooner. She has been a full-time mariner since then, sailing from the East Coast USA, to the Caribbean, and also into the Mediterranean.  Aside from “Lelanta”, the bulk of Keli’s sea time has been aboard the 70-foot Hinckley sloop, “Patriot”.

Keli and Howard purchased “Lelanta” in 2016. In the summertime, they run Lelanta Yacht Charters, which provides private charters for up to 12 guests. While the actual sailing time is the choice of the guests, Keli and Howard will be sure to show what the beautiful Hamptons shoreline has to offer. Especially when experienced from aboard the stunning schooner “Lelanta”. For more information, visit their website and begin to plan one of your best days on the water, ever. 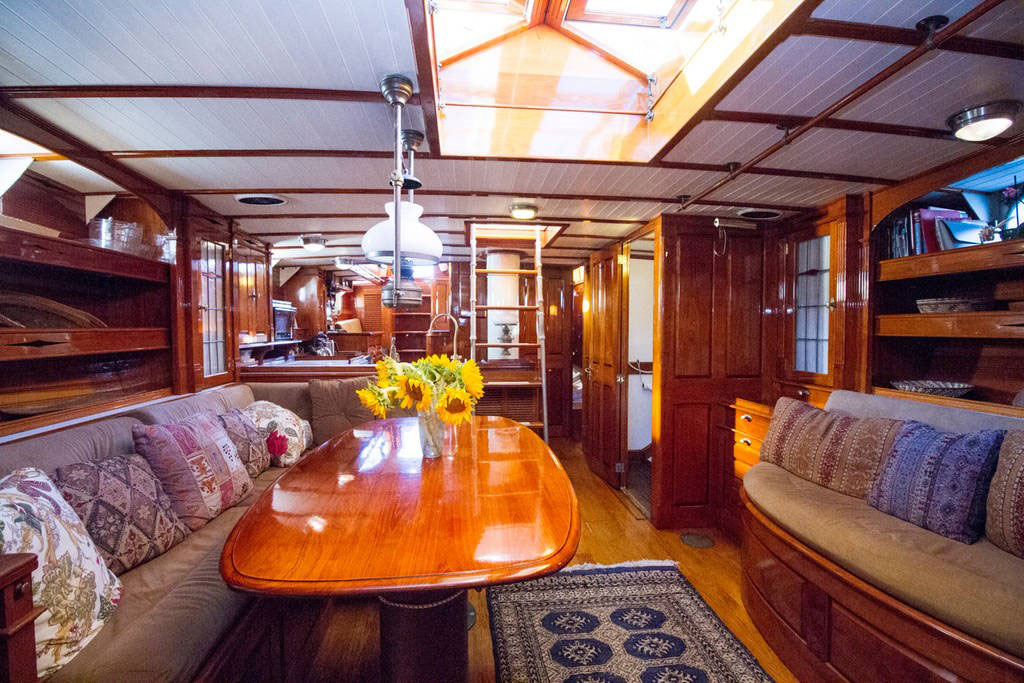