Jon Sanders – he is sailing. Again!

Jon Sanders, who is now 80 years, is a multiple circumnavigator from Australia – and he can’t stop circling the globe. As the first and only person to have sailed three times in a row, nonstop and solo around the globe, covering 71.023 nautical miles in 657 days at sea, he has a total of ten circumnavigations in his wake. And now, he has set out once more, on what is to become his 11th time around.

“Never say never!”, the grand old gentleman of ocean sailing replied to the question if he did not want to stop after his last voyage. “Why should I sit around at home when I also could be out, sailing?”

This time he also has a cause, collecting samples of the ocean’s water and delivering these to the Curtin University in Australia. This is for the project “No Plastic Waste” (noplasticwaste.org), that the scientists can determine how much plastics and microplastics actually are to be found even in the remotest areas of the world’s oceans. 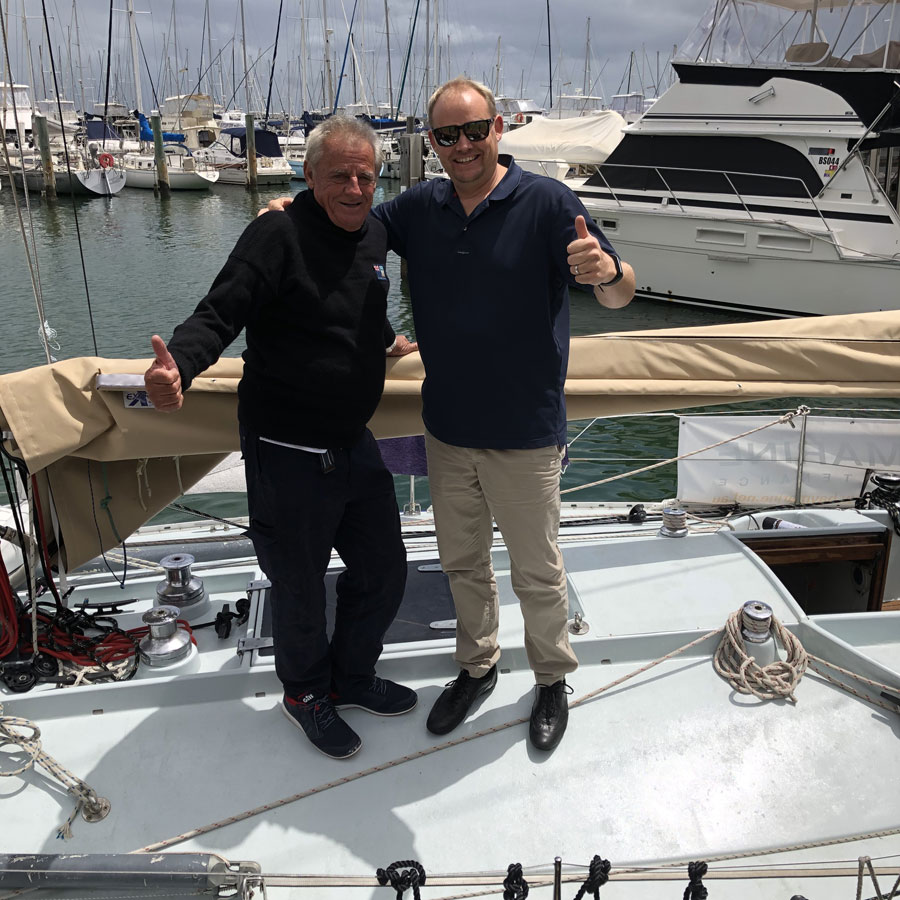 Jon Sanders is an old sailing friend of Rolly Tasker, who had always helped him fitting out with sails. “There is no better or tougher test for the quality of my sails, than to drive Jon nonstop around the world!”, Tasker used to say. His friend and successor in the firm Rolly Tasker Sails, Sven Cornelius from Germany, is happy to continue with this tradition. He travelled to Fremantle to wish Jon Sanders all the best shortly before his departure: “I am deeply impressed with this wonderful man of the oceans!”, he said. Jon Sanders left Fremantle on November 3, you can find updates and a live tracker here.

This time, however, Jon will not be sailing complete nonstop. He will deliver his water samples at various stopovers en route. All in all, he plans to take just under one year for the complete round-the-world trip. Will the then 81-year old ever set off again afterwards? Never say never…

Interview by Sven Cornelius, Rolly Tasker Sails, with Jon Sanders, shortly prior to his start in Fremantle.

You have done it all, seen it, experienced it – what is your motivation to do it again?
Yes and no. This is an interesting route, not a lot of shipping or fishing. That is good for the samples I intend to take for the university.

Is it not a shame to sail past all these nice places, harbours, islands?
I have nonstop records going back a long time but now I am stopping. I have to stop to put water samples ashore for the university so I will be stopping at eight foreign ports.

Do you like the solitude at sea?
I don’t mind being on my own but I also do yacht races with crew. Solitary confinement would not be much of a punishment for me but I also like company.

Would you have liked to compete in the Golden Globe Race, then or now?
I certainly would have liked to at the time, I knew all about it then, but not now. I think I have reached an age where I would leave that to the younger.

Which type of yacht are you sailing?
I have an S&S 39 that was originally built in 1971 for the One Ton Cup where it came second by just a few points, but they did make pretty good sea-boats also for racing in those times, the going to windward is very good. I do experience the occasional thump, while a modern boat smacks every wave, my boat does not do that.

Which are the most important factors in an ocean-going yacht?
Add more strength, particularly in the rigging. Only after you added more strength you can attempt to make the boat lighter. And the simpler the better. Also, it is of course good to have strong sails like those from Rolly Tasker Sails. These fulfil my main criteria: to be reliable and durable even in extreme conditions. And they set well, for being the “motor” of my yacht, they must also perform well. Rolly Tasker has made sails for me since I was a teenager. During my triple nonstop circumnavigation, I had two mainsails on board. After one year, I changed them and when I finally came home, I could immediately have set out again as far as the sails were concerned. This is something that other sails must yet prove to be capable of… 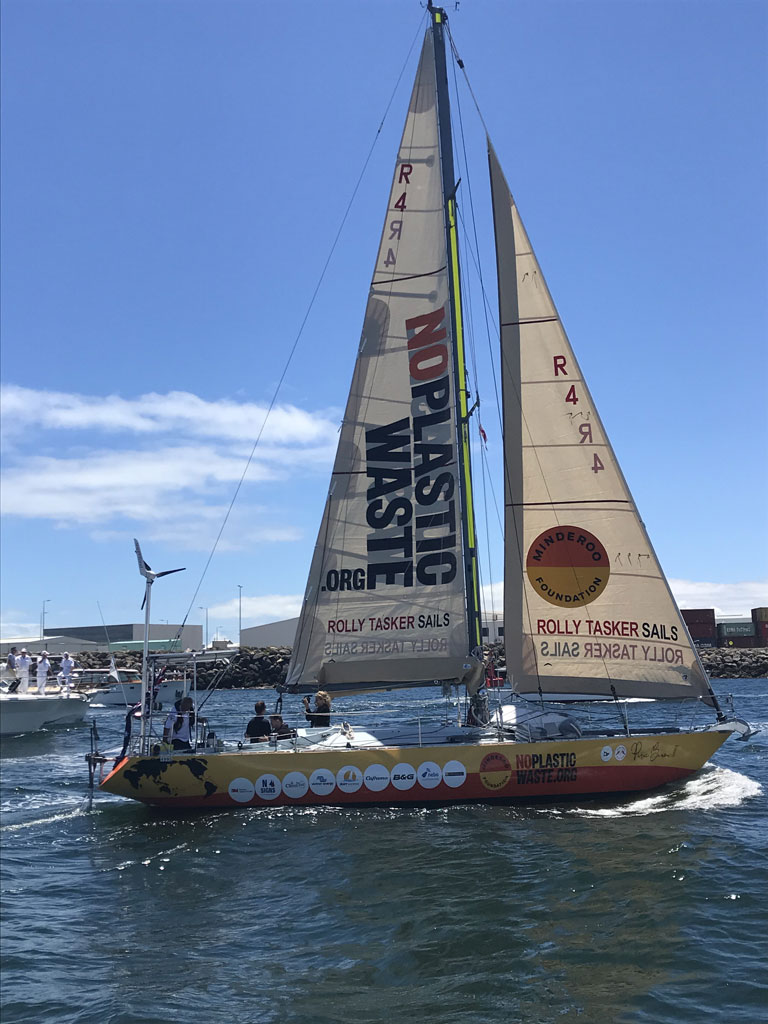 Which are the vital items of equipment?
Sails, mast, rig. Plus of course a good, extremely reliable form of self-steering, preferably with at least one back-up.

Can you quickly describe your planned route?
I will be sailing west from Fremantle to Mauritius. To do that I head Northwest for 1000 miles and then turn due West. Then underneath South Africa and then I will angle the boat to go via St. Helena to the Caribbean where I will stop at the British Virgin Islands. Then on to Panama. From Panama to French Polynesia, from there to New Caledonia, then to the east coast of Australia.