For many of his many followers around the globe, he is the archetypical Viking. Fierce and fearless, his style of sailing is indeed not for the faint-hearted. He loves to sail his Contessa 35, “Tessie”, in the rough and windy waters of the North Atlantic. Alone and not necessarily only in summer.

As Erik says about himself and his highly successful YouTube Channel: “I guess I am not another typical sailing channel with all the beach parties, snorkel diving and hot water cruising. I am here to give you the best of what the ice-cold North Atlantic solo sailing can provide – this is all about sailing, therefore: No Bullshit Just Sailing” (NBJS). His videos have a quality of film-making and story-telling that is seldom seen on YouTube. 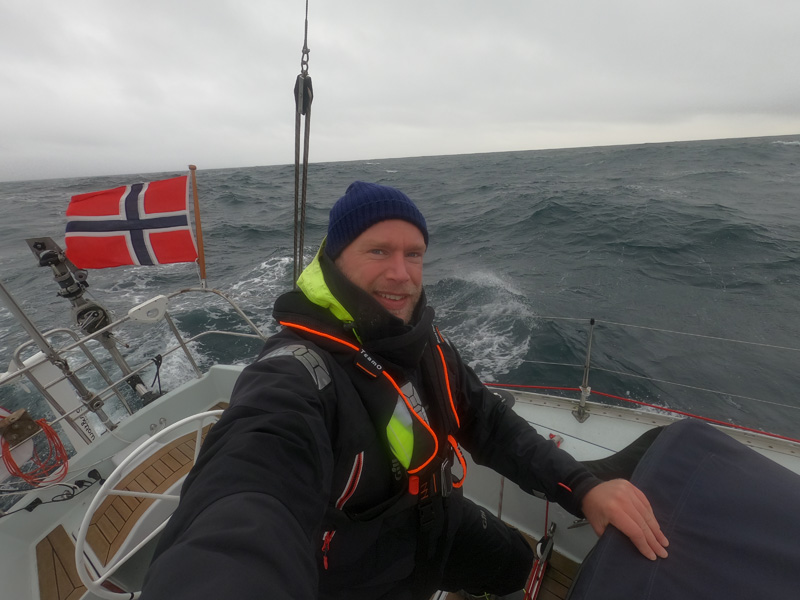 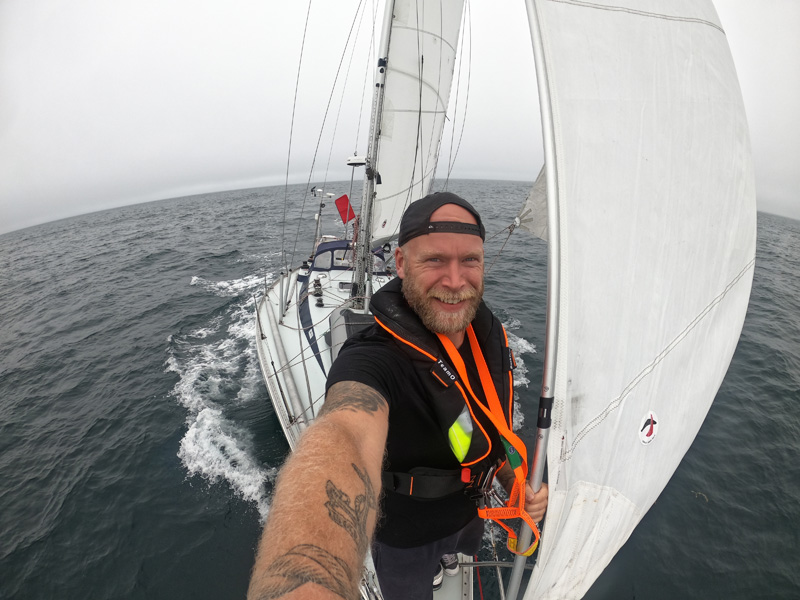 Rolly Tasker Sails on board

Erik has had his Contessa since 2004, and two other boats before that – he has been sailing since age 11. And he loves his Rolly Tasker Sails. Anyone who has seen his videos will appreciate that his sails receive the ultimate test here.

The sails onboard “Tessie” are: A mainsail with an extra deep, third reef. A 135% Genoa on a furler on the bow. A small, 19 square-metre heavy weather staysail with the possibility for reefing reef on a solent or cutter-stay. And a large, 85 square-metre racing gennaker with sock. However, Erik plans to install a furler system on this soon. All his sails are mady by Rolly Tasker Sails.

Asked about the necessary equipment for his kind of rough sailing, Erik answers: “My most important assets are the possibilities for deep reefing of the sails in strong winds and a strong electronic autopilot system. In addition, I have a Hydrovane self-steering system for long range sailing.”

His best journey so far, Erik says, was sailing to the volcanic island of Jan Mayen (in 2020), reaching it after five days of heading out towards the West from northern Norway. And then also arriving in Iceland after that: “Both places have an amazing scenery!” Next, he says, he will try and reach the Hebrides, off western Scotland, and the lonely and remote islands of St. Kilda. In April, which will be a major challenge. For that is the time of the howling winds brought in by the low-pressure systems that chase one another across the North Atlantic to arrive – well, just here, more or less.

It may not come as such a great surprise that Erik prefers to sail alone. After all, who would want to crew for this kind of sailing? Indeed, Erik confirms this: “I have been sailing a lot with friends as crew. But they tend to become seasick and often want to do different stuff than what I have planned for. So, being alone gives me the total freedom that I am searching for. It is perfect!”

Watching his videos, you will be forgiven to believe that he is a professional film-maker. However, Erik was educated as a naval officer on different ships within the offshore oil business, but he quit that 8 years ago. “Now I am on oil platforms in the catering business. Big change. And it leaves me a lot of time for my sailing!”

And for making his films. Editing one YouTube video about a sailing adventure takes him between 2 and 4 weeks, “depending on the scale of detail that goes into the video”. In average, he will have about 90 GB of raw video footage to work with. But: “The trick is trying not to record too much, and rather learn what is interesting for the viewer to scale down the load of raw video to go through in the post-production. It’s a learning by doing kind of thing.”

Watch this space for future news about Erik, his northern sailing adventures and all about his Rolly Tasker Sails. And don’t miss out on his You Tube channel. Enjoy the experience!