Sailing In Times Of The Corona Virus

The sea is the last truly free place on the planet – according to Ernest Hemingway, famous nobel-prize writer and adventurer. No longer so, it seems. Bluewater sailors and liveaboards all over the globe are caught out by government emergency measures, as harbours close and other drastic restrictions clamp down on free movement.

Many are stuck in exotic places where emergency measures seem to be managed in a rather erratic and chaotic way, with the situation changing on a daily basis. Others, like Tilly and Klaus, seem to be more fortunate for the time being. They are in Langkawi at the Royal Langkawi Yacht Club in Kuah where they will probably be stuck until at least April 14, according to the Malaysian “Movement Control Order”. However, Klaus writes: “All is very quiet here, nearly everything closed but the supermarkets are open. Sailing in Malaysian waters is now officially forbidden, however you could theoretically leave. With valid visas you can stay but other foreigners are now not allowed into the country anymore. Many yachts also lie at anchor here which does not seem to be a problem.” 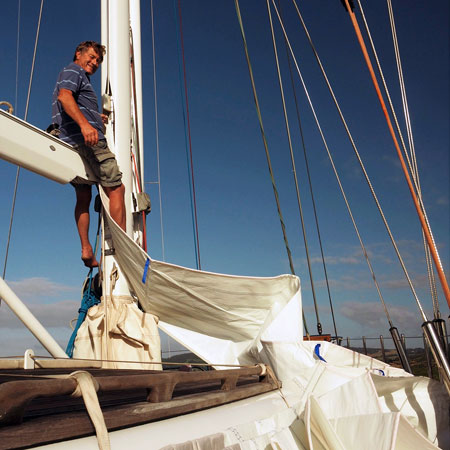 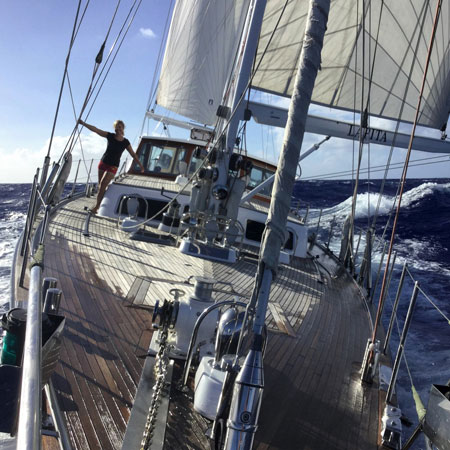 Bluewater sailors and voyaging yachtspeople are naturally good at adapting to changing circumstances. Originally, Tilly and Klaus with their beautiful Jongert ketch ‘Lapita’wanted to sail to Phuket, visit the Rolly Tasker Sails loft and get a new suit of sails made by us there. This will now have to wait, but Klaus says: “We are happy to be in a safe and not too expensive place where, if the worst comes to the worst, the ship can stay until things change again. Monitoring “noonsite” for information, we can see that sadly many others are in a much less fortunate position, especially if currently sailing in the South Pacific. The one thing that worries us is that our visas will expire at one point but that’s still in the future…” You can follow Tilly & Klaus at https://lapita.travel.blog/

Meanwhile, the Australian circumnavigator Jon Sanders has arrived in St. Maarten in the Caribbean, having sailed almost 12,000 nautical miles. That’s approximately halfway through the circumnavigation. From St. Maarten, Jon writes: “Wow. This could be costly. I can leave here but can’t go to any other island or islands. Probably have to sail to Panama but then must stay two weeks in quarantine. That’s ok by me, but it all quickly changes.“ 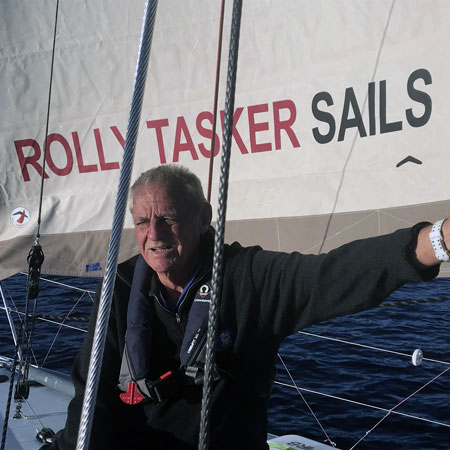 It seems there is nowhere to escape COVID-19. If Jon is able to depart St Maarten and resume the voyage he will soon face a mandatory two weeks quarantine before transiting the Panama Canal. At present it seems Jon will be faced with a two weeks quarantine period at every one of the four scheduled ports of call across the Pacific before reaching the East coast of Australia. Jon may then be subject to a fresh quarantine for each Australian state as he makes his to Fremantle. The situation is fluid, to say the least.

Then, not only in Jon’s case, there is a growing concern about missing out on seasonal times or being stuck in the wrong place at the wrong time due to government restrictions. As Jon writes: “If I depart Panama I can stop in French Polynesia. Another option is Cook Islands NZ. Otherwise Australia.  Whatever the route I just need to avoid hurricanes. 2 1/2 years back there was massive damage on St Martin/St Maartin and the BVIs. There are still yachts sunk in this lagoon from that hurricane.“ Meanwhile, you can follow Jon at www.jonsanders.com. 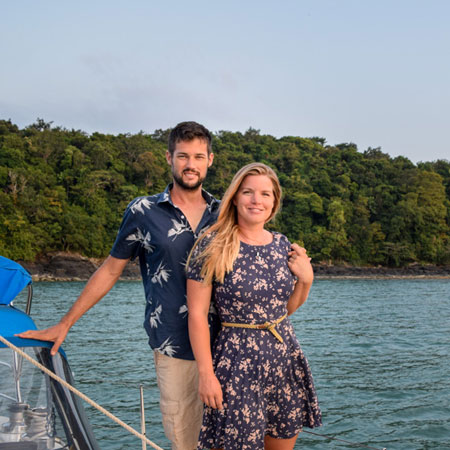 The English bluewater sailing couple who were lucky enough to receive a full set of new Rolly Tasker Sails in Phuket just in time before the Corona situation descended on us all are now in Indonesia. Amy and Matt on their Oyster 37 “Florence” did however experience some anxious moments: “Two weeks ago, before things really got serious here in SE Asia, we were screened by a nervous quarantine team in an empty warehouse, having arrived in Aceh, Indonesia from Thailand. Deemed in good health, we were granted permission to stay in Indonesia.”

“Days later, a government order closed the port of Sabang where we were, requiring us and many others to leave both the safe port and the province of Aceh. Thankfully we were given 24 hours to provision before we would need to make the 300-mile journey out of the province, against both the wind and current. It was an anxious 4 nights at sea while we made incredibly slow progress, sailing in conditions we would normally have waited out. A short internet connection as we passed an island only increased our anxiety as we heard that all of the countries around us had now closed their borders, limiting our options.”

“Where we will be welcome and for how long is becoming increasingly unclear.  It seems we are currently still welcome in this province of Indonesia but we are keeping to isolated bays and islands as best we can. With the anchor down, we have found it much easier to reflect rationally on our situation. We are safe, Florence is safe, we have 1.5 months left on our visa and are stocked to cross an Ocean. Self-isolation is something we are very well practiced at.” Follow Amy and Matt on their Youtube Channel 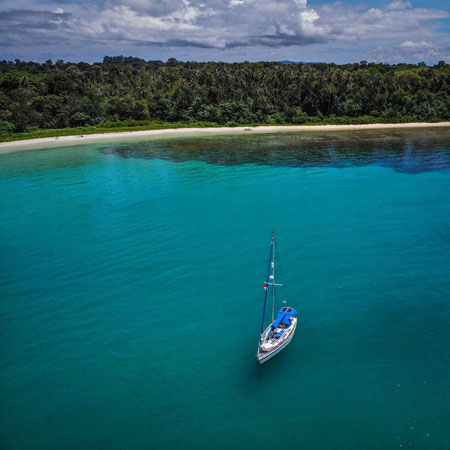 You can also find regular updates on the frequently changing situation for sailors world-wide on the internet pages of the German Trans-Ocean sailing club: trans-ocean.org. This club maintains a wide network of stations that assist visiting club member’s yachts and who now monitor the local situations and regularly update the available information.

We at Rolly Tasker Sails wish everyone out there, wherever you may be, all the very best: Take care and hopefully still enjoy the life on board. Until such times are back when the sea, and the bordering harbours and bays and islands are once more free places!